This is a bit of a departure for me, present day and American. My main understanding of American politics comes from films: Dave and the American President and TV: West Wing, so reading a novel set in Washington I was trepidatious. However, there was no need to worry, although there was a slight learning curve for me on the political side (thank God for Wikipedia) this is more romance with political undertones.

Millie works for a construction workers union, and after living her life in the shadows being involved in a hostage situation has put her in the spotlight.  At a bar with friends she meets Parker, who works for a Congressman, and they generate a phenomenal amount of chemistry, resulting in banter and flirting. The writing here is really pithy and well done – both Millie and Parker are believable real characters. They meet again during a pay negotiation with Millie’s clients, the chemistry and heat ramps up a notch and then there is a kiss, the description of this kiss feels like you are in it yourself, and the chemistry and unresolved sexual tension really ramps up.

The character of Millie is great, for months I’ve been bemoaning a strong female lead, and here she is. The feeling of her characters shift from being shy and hidden to facing life on her own terms by facing her insecurities is palpable.

As the plot develops Millie and Parker get closer, physically and emotionally they skirt around each other, neither being totally open with the other. Millies’ internal analysis is well written, you begin to feel that you’re listening to a friend talking about her relationship, as opposed to a fictional character.

Alongside the political references,  Parker also has issues and choices to make, his relationship with his family and friends – especially his Grandmother, is well paced and again believable- his insecurity and vulnerability starts to come through making him more likeable, that and his realisation of the kind of person he is being to become.

As Millie and Parker start to date their emotional development escalates, despite being so strongly attracted to each other there was no leaping into bed or immediate love, it really does feel like watching a real relationship unfold. They have conversations about work, about family there is even a reference to Andrew Marvell.

While this is undeniably a love story, it’s also about the development of two people, who as both individuals and as a couple need grow into what they want and need to be.

The whole book is so well written, entertaining tender and sexy – the whole slow build up really works, as does the Politics.

I know that this sing is about Manhattan, but it has the kind of similar feeling to the book, and it’s one of my all time favourite tracks.

3 thoughts on “Stepping out” 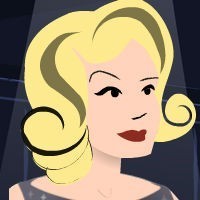 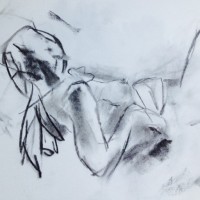 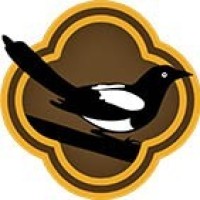 With a Squid Ink Pen

Pop culture, writing, and the exciting descent into the 21st century climate-change apocalypse

Books That Shine
COOKING ON A BOOTSTRAP

by Jack Monroe, bestselling author of 'A Girl Called Jack'

"His mouth is heaven, his kisses falling over me like stars." -Richard Siken

Nothing to see here

poems and other things by Natalie Shaw

Thoughts about books from a romance addict.

the blog of foz meadows

Welcome to stories where a dragon can flirt with a desert, princes marry each other on islands in the sky, and love really can save the world...